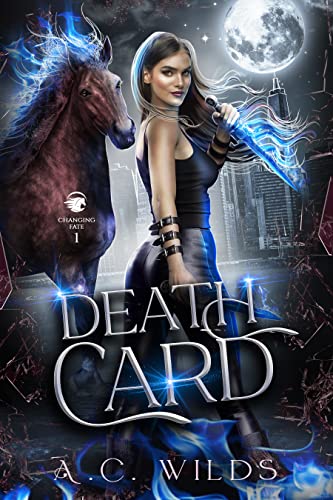 Kidnapped by a Fae Hunter.

Azra lived her life as a human, until she hid herself away in a small town. Now she's on the Fae's radar and a hunter is coming.

Greyson's job is simple. Hunt the the things that imprisoned him and bring them back to court. But Azra, she's different and he can't help but feel guilt for the first time in years.

Cassiel is heir to the Light throne. His existence is ordinary, until Azra shows him how extraordinary life can be. The mate bond changes him and all he's ever stood for.

Thrown into the world of the fae and forced to make impossible choices, Azra is given her purpose - protect the weak and destroy the strong. The one's who claim to be messengers of the gods aren't holy and they want Azra for a task she refuses to complete - but she'll play along for now.