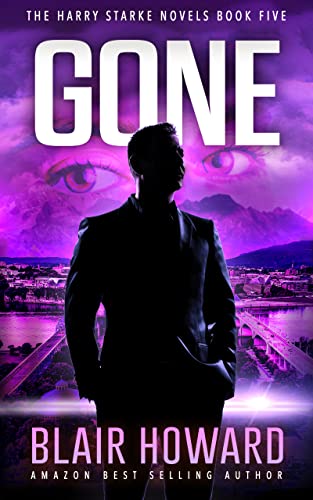 Emily Johnston is GONE. She’s been GONE for more than a week. She's also the daughter of Harry Starke’s one-time boss and nemesis, Chattanooga Police Chief Wesley Johnston. Harry and Chief Johnston haven't seen eye-to-eye in a long time, but when Johnston needs help, he knows there's only one man he can turn to.

But Johnston’s jurisdiction ends at the city limits and when Emily’s body is discovered in a remote part of the county, Harry has to deal with the imperious sheriff, Israel Hands and two incompetent county detectives. So begins an investigation that will take Harry on a wild ride across Signal Mountain, a case that will include a second murder, two cold cases, sex, alternative lifestyles, and deadly danger for Harry and his friends, until... well, as always, there’s a twist in the tale.